(LACOMBE, AB) Gord Bamford isn’t afraid of a little challenge. In fact he met it head on, in true cowboy style, and raised $355,000 for the Gord Bamford Charitable Foundation on Wednesday, August 7, 2013.

Since 2008, Bamford has generated over $1 million dollars through The Gord Bamford Charitable Foundation to support organizations such as the Ronald McDonald House Central Alberta, Make-A-Wish Foundation, Big Brothers Big Sisters of Lacombe, in addition to several children’s hospitals across Canada.

“Once again this event never ceases to amaze me and I’m thrilled that we surpassed our set goal of raising $300,000. From the talented musicians who perform and donate their time, to the sponsors who always support us, we are able to help those in need. These are great people and we look forward to working with them every year,” says Bamford. “$355,000 is a lot of money that will help many!”

Tyler Gauthier of Sylvan Lake, Alberta was selected as the Make-A-Wish Foundation recipient. Last fall Tyler was diagnosed on December 21, 2012 with an acoustic neuroma tumor. Tyler and his family were present at the Gala to accept the $10,000 cheque on behalf of the Make-A-Wish Foundation of Northern Alberta. Tyler and his family will be heading out on a Disney cruise on December 7, 2013.

“We were all very touched to be included in such a wonderful evening. The wish families let us know that the program and festivities were very meaningful to them and all they had been through. It was an extraordinary way to celebrate their wish journey and meet the amazing people that brought their wishes to life,” says Joanne Crook, a volunteer wish grantor with Make-A-Wish Northern Alberta.

The Big Brothers Big Sisters of Lacombe and the ME Global Athletic Park of Lacombe will also benefit from some of the proceeds raised at the 2013 event. 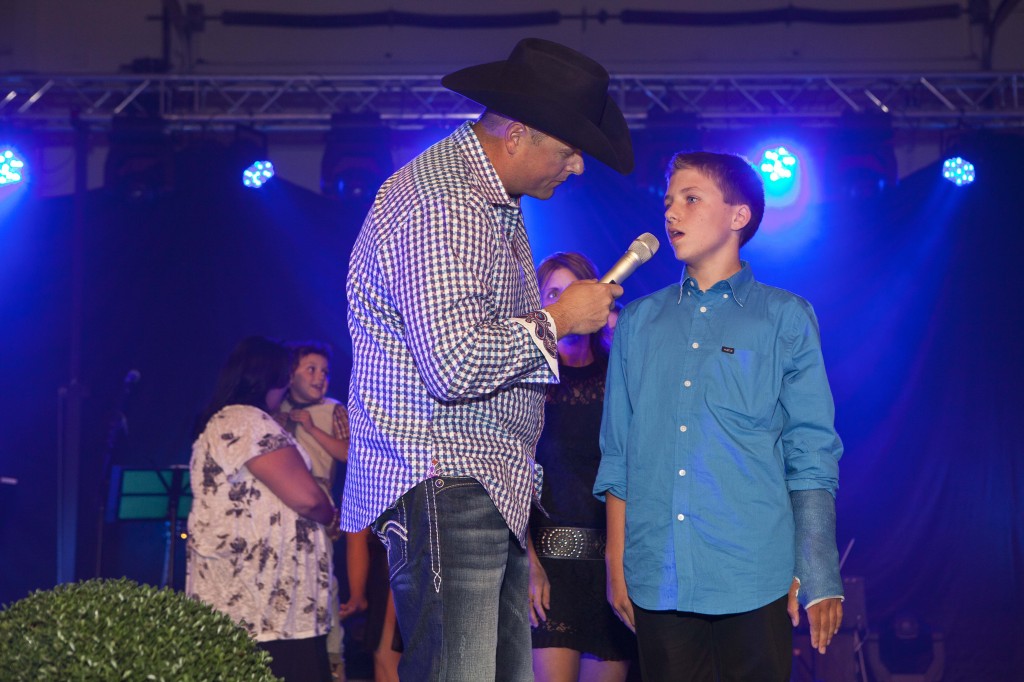